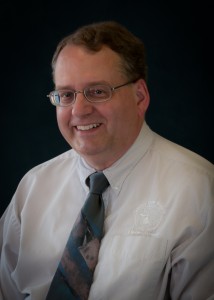 Patrick A. Heller specializes in economic outlook topics as a Radio Show Host, Columnist, Speaker, Executive Producer of the movie “Alongside Night” (economic thriller starring Kevin Sorbo now available in Blu-Ray and DVD formats), and as owner emeritus and now the communications officer of Liberty Coin Service in Lansing, Michigan. His award-winning radio show Things You ‘Know’ That Just Aren’t So, And Important News You Need To Know can be heard at 8:45 AM EST Wednesday and Friday mornings on 1320-AM WILS in Lansing (http://www.1320wils.com). Patrick also writes Liberty’s Outlook, LCS’s monthly newsletter and weekly columns for NumismaticNews.net on the current numismatic, economic outlook, and precious metals subjects. He has been honored 18 times by national organizations and has receive additional state and local awards.  Pat has been appeared in Fox Business News, The Wall Street Journal, Forbes.com, ABCNews.com, The Journal of Accountancy, Michigan Banker, many Michigan newspapers, radio and television stations, as well as being quoted by several major US newspapers.

In addition, he has been acknowledged as a contributor to multiple numismatic references including American Gold and Silver by Dennis Tucker and National Bank Notes by Don Kelly.

I began collecting coins in 1964, as did almost everyone in my family.  My father worked in the foreign aid program, so we had access to interesting coins from many countries.  After getting my BBA with Distinction from the University of Michigan in 1974, I worked for seven years as a Certified Public Accountant.  I set the office record for a high score as I passed the CPA exam in my first attempt.

In 1975, I visited Liberty Coin Service for the first time.  In 1981, after realizing sizeable profits on my coin investments, I became part owner of LCS, Michigan’s largest rare coin and precious metals dealership.  I was sole owner from 1995 through 2014.

Though I still serve a few customers, I now focus mostly on writing, speaking, consumer protection, and other public relations work for Liberty Coin Service.  In years past, I have also written columns for www.coinweek.com, www.coininfo.com, and www.coinupdate.com.  In addition, I have consulted with coin dealers across the country on how to improve their business operations.

It is important to give back to the hobby/industry of numismatics.  Both Allan Beegle and I have provided pro bono support to Michigan’s Attorney General in matters of consumer protection that involve precious metals or rare coins.  I am also a consultant for the Law Enforcement Numismatic Expert Network of the Numismatic Crime Information Center.  I served on the American Numismatic Association’s Future of the Hobby Committee from 2003 to 2005, and have been the chair or co-chair almost all years for the ANA Budget and Finance Committee since 2007.  For the Michigan State Numismatic Society, I have served as chair of the Election Committee for more than a decade and was also the chair of the MSNS Committee for the Design of the 2004 Michigan Quarter.

Since 2002, I have served as Treasurer and as a member of the Board of Directors of the national trade association, the Industry Council for Tangible Assets.  Allan Beegle and I were two of the main three people working on the successful effort to change Michigan law to eliminate Michigan sales and use taxes on the retail sales of rare coins and precious metals in the state, effective July 7, 1999.  The research I developed to support this effort has since been used to gain or expand similar exemptions in Alabama, Indiana, Iowa, Minnesota, Nebraska, North Carolina, Ohio, Oklahoma, Pennsylvania, South Carolina, Texas, and Virginia and to regain a lost exemption in Louisiana, where I often travel to those states to meet with state officials and legislators.

My current collecting interests include gold coins from Liberia, tokens and paper money from Lapeer, Michigan and Menomonie, Wisconsin and (with my children) coins that bear the word “Heller.”

Pat personally financed and am Executive Producer of the movie Alongside Night, starring Kevin Sorbo and several actors known to Star Trek fans.  There is even a cameo appearance by Dr. Ron Paul, former Congressman from Texas and three-time presidential contender.  In the movie, a fictional company called Liberty Coin Service produced and distributed private Gold Liberties, which are a significant plot element.  LCS owner Tom Coulson, Pat, and other members of his family, appear in bit parts in the movie.

In other activities, he has written several short stories and published four books of poetry.  He is also the Treasurer and senior member of the Board of Directors of Cryonics Institute in Clinton Township, Michigan.  He has lived in or traveled to every state and 40 countries on six continents.

His daughter Mary has served customers at Liberty for several years.  His son Dan, adopted from the Marshall Islands, received a lot of publicity when he also participated in the Michigan Quarter Ceremonial Strike Ceremony at the Denver Mint in 2004.  According to the U.S. Mint Press Office, Dan is the youngest person they know of to ever strike a U.S. coin.